Buried Treasure from the WPA Era

The Works Progress Administration (WPA) was created by President Franklin D. Roosevelt in 1935 as a continuation of his New Deal, a campaign to revive American optimism and create jobs during the dark days of the depression. From 1935 to 1943 roads and public buildings were built and over eight million jobs were created.

In addition, the WPA’s Federal Art Project hired thousands of artists. “More than 20,000 paintings, murals and sculptures were produced by artists who were paid up to $42 a week. Among them were future superstars Jackson Pollock, Willem de Kooning, Mark Rothko and Thomas Hart Benton. Much of the art was installed in public places such as schools and hospitals.”

Just in the past few years, the General Services Administration (GSA) has recovered at least 150 pieces of art. 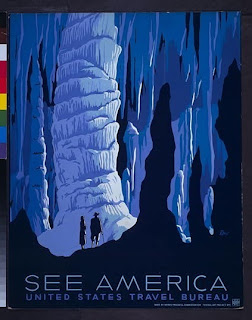 The Postal Service owns more than 1,200 murals and sculptures that were commissioned by the Treasury Department's Section of Fine Arts from 1934 to 1943. Post office art wasn't meant to create jobs, says Dallan Wordekemper, preservation officer for the Postal Service. Instead, artists competed to create works that would boost morale during the Depression.

The idea, Wordekemper says, was to "bring art to the populace" without charge in a place they visited daily — the local post office. Art that is recovered and restored, he says, often goes right back on post office walls or libraries for the same reasons.

Wordekemper has no budget for repairs, but he says he can sometimes scrounge up funds if a community is willing to raise half the cost. Residents of Herrin, Ill., are collecting donations now to repair a post office mural that had been AWOL for years before the son of a former postal employee returned it. It shows Indians meeting with Revolutionary War hero George Rogers Clark.

Many of the artworks have been lost or destroyed over the years but communities around the country are trying to rescue them. The U.S. Postal Service is diligently working to conserve surviving post office art. The GSA “is cataloguing art created with WPA funding . . . and recovering works that are for sale in auction houses or online.” 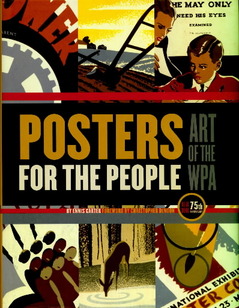 Other on-going projects include:

University of Rhode Island: During the renovation of a campus building in July, workers who were tearing down the drywall found six murals behind the plaster. They were painted 71 years ago by Gino Conti and have been hidden for 43 years. The $1.5 million project was paid for by federal stimulus funds.

South Pasadena, California: The “PTA raised $7,000 and won an $8,000 National Trust for Historic Preservation to restore a 1933 bas-relief sculpture showing Civilian Conservation Corps. workers at South Pasadena Middle School. The sculpture had been painted over because its artistic value wasn’t recognized and then sandblasted . . . .”

Chicago: When I think of Chicago I think of two things: fantastic food and art everywhere you look. “A grass roots effort and money from arts groups, corporations and the city saved 400 artworks in Chicago public schools, 166 of them by WPA artists. The city has a trove of the art because it was a hub of muralists studying at the Art Institue of Chicago when the WPA began. . . .”

I suppose there’s no chance that our current administration would have the foresight to embark on a modern day WPA. But even if an attempt to launch such a program were made, the Republicans would surely kill it before it even came out of committee.

I couldn’t find illustrations of any of the works featured in this article but following are some of the fine artworks that were produced in those dreary days. Maybe they didn’t put much food in the bellies of the artists but they provided a needed morale boost for the people during that time and an appreciation of the history of that era for the people of today. 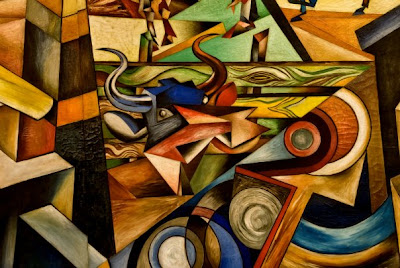 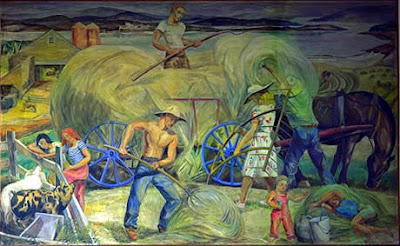 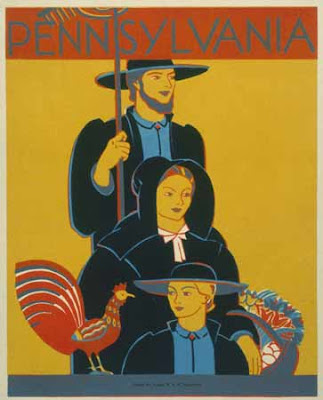 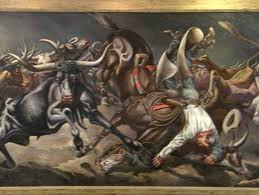