Anniversary Issue - and they said I wouldn’t last

But I have. I’m not like Sarah Palin, no sirree, sports fans. I don’t take on a tough task and then walk away as soon as I see bigger bucks on the horizon. So what if publishing a blog is more like volunteer work? I’m not in it for the money. I’m in it because I’m gonna save America. You betcha!

One day, while doing a search, I came across Liberal Values. Hot diggety dog – someone who speaks my language. So, I began visiting about ten or twenty times a day for a few weeks. Then I happened to link to Brain Rage. Someone else who speaks my language. It was as if I’d found a cool shady oasis at the end of a long dusty walk along Arizona’s Great Wall.

So maybe I’m not in it to save America but for my own survival. Face it, Ten-uh-see (speak English, dammit) isn’t exactly overly endowed with progressives or liberals or even Democrats. It’s a state where law enforcement officers shoot to kill family pets in front of children. It’s a state that ranks first in corruption. It’s a state where the majority of its citizens don’t miss a Glenn Beck Show. It’s a state where people think Sarah Palin is just so cute and feisty and – dare I say it? – smart.

But I digress. I had all kinds of inflated notions when I started Parsley’s Pics, most of which were scratched early on for being as dimwitted as Going Rogue. The layout was a pretty shade of green with a very bilious shade of mustard-green for accent. Videos and images looked downright putrid. It was back to the drawing board for a theme that was a little more digestible.

I published my first piece and eagerly waited for the comments to arrive. I waited and waited – no comments. Another piece and still no comments. This went on until I wrote about Sarah Palin from a woman’s perspective. Bingo!

But the surge was brief and it was back to two or three comments. Why in the hell was I spending all my time researching and writing for just me? I can walk around my apartment talking to myself and maybe even do some housework while answering myself. But this old gal wasn’t about to quit and seek her fortune making a fool of herself on TV.

I have to admit. Some of those early works were less than inspiring. I haven’t been shy about deleting them. Even a few later ones have been duds. Some I’ve deleted, some of them I haven’t. Just depends on how much I want to embarrass myself.

When I first began I put some family and friends on my email list so they could see all the exciting people and events I was writing about. How was I to know that every time I edited a post, which back then could be six or seven times, they would get another email each and evey time?

For the longest time my favorite subjects were the unbelievable and uninformed Sarah Palin and her twin Glenn Beck. But as with all ignorant people they have become exceedingly boring.

One day the Palin will have no choice but to stay home and raise her kids or go to jail for ethics violations. Or maybe go back to school to review American history, memorize the Constitution and learn to speak English.

And Beck? He’ll simply be locked up in a padded cell with a blackboard so he can write “Socialist Nazi Government” 1,000 times a day and cry, baby, cry.

Now I devote my blog to more intelligent subjects – South Carolina politicians, the Texas State Board of Education, Arizona and John McCain, and SCOTUS.

But there are more serious matters: racism, hate, hunger, the environment, peace, truth, animal and child abuse, and BP and its devastation of the Gulf coast along with its arrogant and callous disregard for the welfare of the region. And that is only the beginning.

I consider everyone on my blog roll a friend. Your knowledge, kindness and humor have enriched my life and made it all worthwhile. You give me hope for a future devoid of crassness, prejudice and ignorance. Keep up the good work and I will follow your lead, maybe not as eloquently but with as much dedication. Thank you.

Oh, I forgot to mention Lisa the Loon. Maybe just as well. 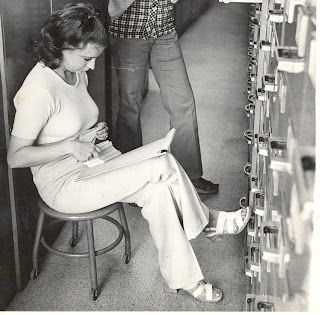 Email ThisBlogThis!Share to TwitterShare to FacebookShare to Pinterest
Labels: Anniversary, Blogs and Blogging