Campfield Under Pressure for His Tasteless Choice of Cooker: Updates 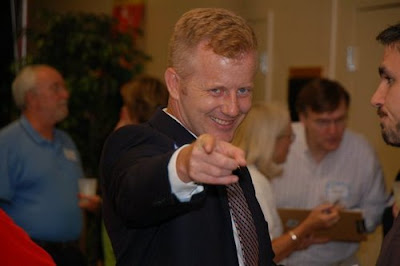 
Yep. THAT Stacey Campfield. The very same Don't-Say-Gay-Campfield who wants to kick kids off of welfare when they don't make the grade and who wants teachers to inform parents when their kids are gay and who wants to allow graduate students in psychology to opt out of having to counsel LGBT patients.

Similar to a lot of homophobes Stacey has a very bitchy side to his nature. In fact, some might describe him as downright vicious. Others might opine that he's stark raving mad.

The old boy may have cooked his own goose over the weekend and he may now be sinking to the bottom of the stew pot where he's coming to a slow boil under intense pressure. Campfield displayed his utter depravity on his own blog when he posted this image under the heading, "Here comes Feinstein again" 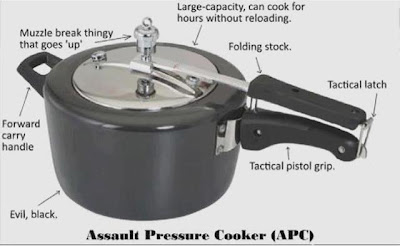 Today, he turned up the heat when he posted this:

I Just got a call from the media saying they had gotten a few calls (about a blog post I did) saying it was inappropriate after the Boston bombing.

If my post was inappropriate talking about "crock pot control" then where is the outrage from the left when they push for gun control after the Sandy Hook shooting? Im [sic] sorry if I exposed your double standard....

So, if you're wondering how this low life keeps getting elected, don't look to me for an answer. I'm as stunned and outraged as everyone else. According to Recall TN State Senator Stacey Campfield on Facebook, a poll in the Knoxville Focus newspaper determined that "every area of Knox County was opposed to the Starve the Children legislation except for one. That area happens to be the area that elected him to office to begin with.... Farragut."

Appears on "Piers Morgan Live" to "explain why he thought it was a good idea to post an image of an 'assault pressure cooker.'"