She walks, she talks and she rolls on her belly like a reptile. Marsha Blackburn, U.S. representative from Tennessee's 7th Congressional District, will do anything for a buck. Some might even accuse her of being a corporate whore. Some might say she's a freak of nature - that when she was born her heart was replaced with a cold stone and her head filled with sawdust.

Most people get it that Republican men like their women pretty but dumb. Think Sarah Palin and Michele Bachmann. But do they have to foister* these bimbos on the rest of society?

Blackburn is against equal pay for women, against raising the minimum wage, against the ACA, against relief for Sandy victims, against sensible gun control, against Planned Parenthood, against public education, against feeding hungry children, against veteran benefits. In fact, she's so against anything and everything that might help her fellow Americans that the only things she's not against are those things that are guaranteed to hurt all but her corporate sugar daddies.

Now, it is revealed that The Wicked Witch of the South is also against protecting horses from being sored, a cruel practice which I described in graphic detail in a piece I wrote about the Big Lick Tennessee Walking Horse three years ago.

It only follows that if Blackburn is against protecting these beautiful animals from abuse, she must support cruelty to animals because to get the Big Lick to perform according to industry standards . . .

the trainers and owners have to do this . . . 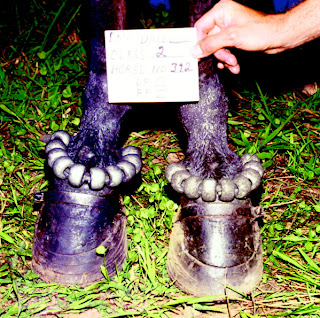 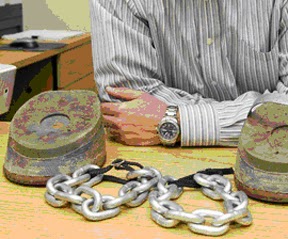 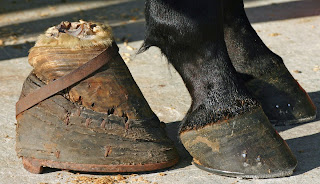 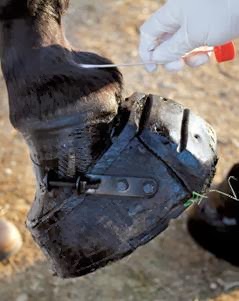 The old saying that a picture is worth a thousand words doesn't even begin to tell the story of the abuse that is a daily routine for the Big Lick Tennessee Walking Horse. Marsha Blackburn, Mitch McConnell and other Congressperps are paid well to vote against any restrictions on the practice of soring. The last I read, Marsha received a whopping $70,000 from the industry in appreciation for her lying down for them.

Read more about soring, the proposed law and Marsha Blackburn in this excellent article.