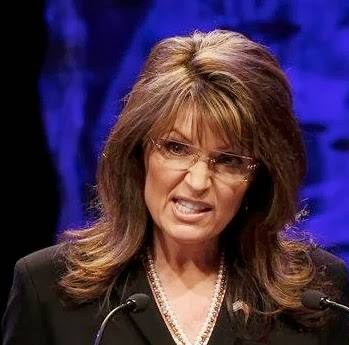 Several of my blogging buddies have been discussing this vapid twit on Facebook. Who would ever have thunk that this twit would still be thumping around? In an article from July 4, 2009 entitled Sarah Palin and Her Followers: One Woman's Retrospective I wrote:

I wish her well but seriously doubt that she will ever ask herself what she did wrong, becoming even angrier and bitter over time. I firmly believe that, like so many who are intellectualy challenged, she is as tenacious as a Pit Bull wearing lipstick, going for the jugular and never letting go.

And she has never let go. Everywhere you turn, there she is in all her magnificent frazzled razzle-dazzle. 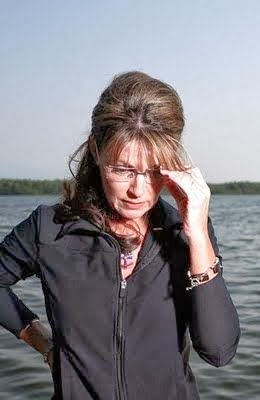 And the entire media - not just Fox News - treats her like some kind of oracle. On CBS - not surprising with their abrupt swing to the right. On ABC-Chicago. But on Mediate we learn from reading the comments that this vapid know-nothing still has her know-nothing supporters.

Apparently, it takes the Brits to remind us of things Sarah Palin has said that have turned out to be "pure and absolute hokum". I have faith, however, that most American readers - at least those who don't listen to Fox or read Breitbart or World Net Daily - could triple the list for the U.K.'s Indepenent.