North Dakota Sen. Byron Dorgan will not run for re-election later this year, creating a major pickup opportunity for Republicans.

"After a lot of thought I have made the very difficult decision that I will not be seeking reelection in 2010, "Dorgan wrote in a memo to staff distributed this afternoon. "This decision is not a reflection of any dissatisfaction with my work in the Senate, nor is it connected to a potential election contest next fall (frankly, I believe if I were to run for another term I would be reelected)." 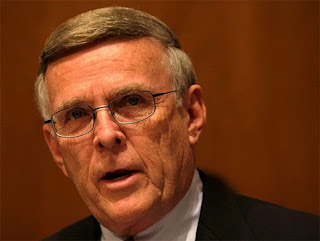